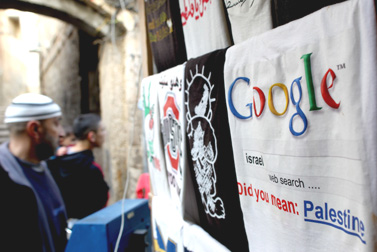 Google Israel and Google Ireland agreed to change the terms of Google Adwords' terms of service on its Israeli website. The change was agreed upon in a confidential settlement the company reached with the plaintiff, Yoni Kahana, who filed for a class action suit against the companies.

Three years ago, attorneys Oren Ouzan and Yossi Kafri filed a request for a class action suit on behalf of Kahana, who claimed that Google overcharged him through Google Adwords. According to Kahana, there was a discrepancy between the number of visitors to the destination site as a result of using the link in the ads compared to the number of users who used the link according to Google's data.

Kahana claims that he understood the terms of service to mean that he was to pay according to the number of visitors clicking through the sponsored links to his site, but was actually charged according to the number of link usages, even for users who never reached his site. The defendants, represented by attorneys Dafna Tsarfati and Chen Dolev, denied Kahana's claims and claimed that the Adwords terms of service are clear, stating the payment is based on the number of users of the sponsored links.

Judge Dr. Michal Agmon-Gonen of the Tel-Aviv-Jaffa district court wrote in a decision approving the settlement that her impression was that "indeed [the terms] are not misleading, and one can gather from the terms that the payment is based on any click on the sponsored link advertised." She therefore recommended that the parties reach a settlement in which Kahana would withdraw his request for a class action suit without prejudice, and that, according to the ruling, "some clarifications would be made to the terms of service and the explanatory notes on the defendant' site in Hebrew, as to clarify a number of issues that might not be clear enough. That, without the defendants admitting any claims by the applicant." Both parties agreed to this, with Google insisting that the details of the agreement remain confidential.

"Making the parties' agreements public might be perceived by the onlooker, who is not familiar with the details of the case, as an indication to wrongdoing on the plaintiffs' actions," the defendants wrote in a message to the court, "though in the words of the distinguished court [...] such agreements are meant to 'clarify points which may have not been completely clear (but did not amount to deception)'. In light of that, the defendants' fear that there is concern that making the agreements public will provide incentive to publicity- and claimless lawsuit chasers, of which there are aplenty."

Thus, Google asked that the court "approve the parties' concurrence without divulging the details to the world at large." The court ruled that the verdict confirming the parties' settlement should, however, indicate  the reason the suit was filed; the fact that it has been agreed upon to amend the terms of service and the wording on the site (without specifying the content); and the sum of 130,000 shekels (approximately $33,200) paid by Google to Kahana and his attorneys as compensation and reimbursement of legal fees.

This Article was first published on The Seventh Eye. Read it in Hebrew here